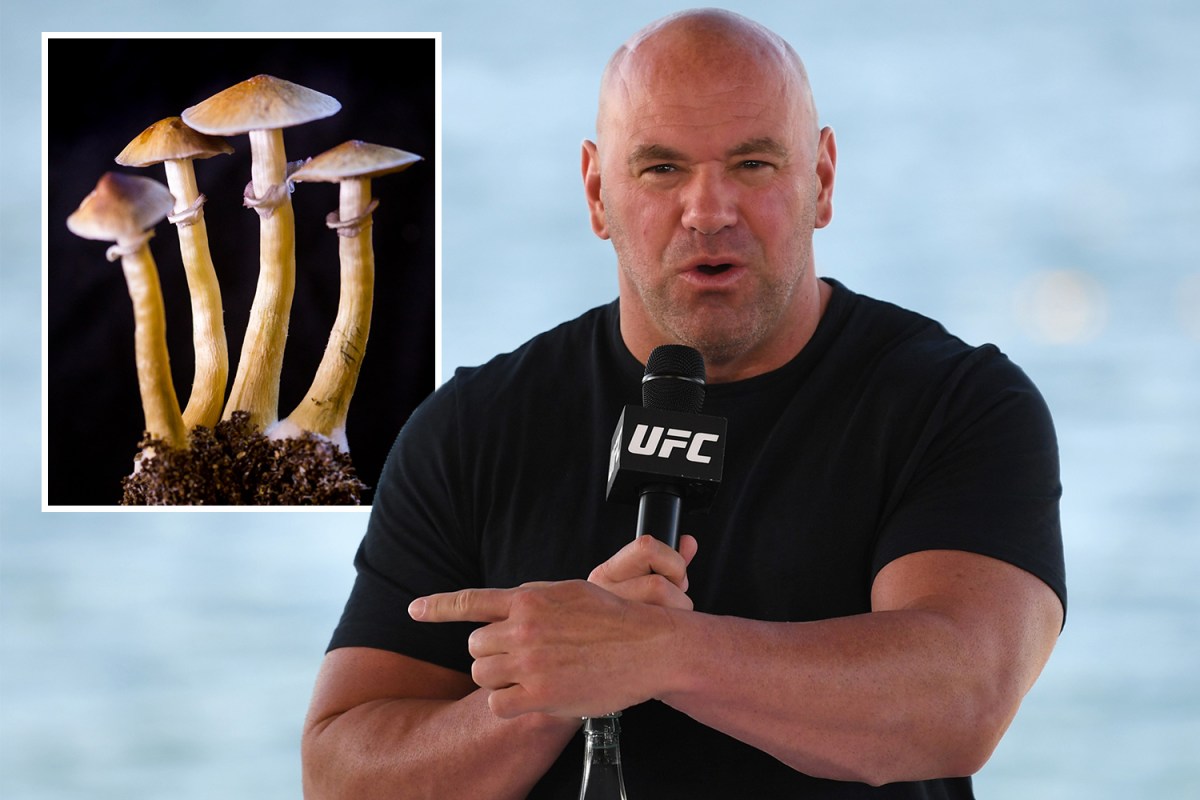 “We’re now interested (about) this thing just came out on ‘Real Sports’ about psychedelics, and we’ve actually reached out to the Johns Hopkins guys, and we’re diving into that.”

This comes after the UFC donated an extra $1 million to help fund a brain study on professional athletes, at the Lou Ruvo Center for Brain Health. Scientists there are looking at repetitive head trauma — and its causes — in a 10-year study of more than 800 athletes, from mixed martial arts to competitive bull-riding.

We know microdosing can enhance athletic performance during a match. But what about after the show, when the physical consequences (such as head trauma via contact sports like American football) have to be dealt with?

According to UFC senior vice president of health and performance Jeff Novitzky, they want to fund a fresh new study on athletes’ brain health to fix trauma, but — get this — using shrooms.

This time it’ll be with Johns Hopkins Center for Psychedelic and Consciousness Research, practically the US team captain for solid evidence on psilocybin and LSD:

“Our research has demonstrated therapeutic effects in people who suffer a range of challenging conditions, including addiction (smoking, alcohol, other drugs of abuse), existential distress caused by life-threatening disease, and treatment-resistant depression.” (from Johns Hopkins website)

Novitsky had spoken about psychedelics with athletes who swore by their benefits. Ayahuasca, he says, was “extremely helpful” for those struggling with addiction. Now, the UFC can’t wait to be a pioneer in the current psychedelic wave.

“Dana said, ‘Hey, find out what this is about.’ To see if it does help with some traumatic brain injury, addiction, mental-health problems. We want to be on board and we want to be first.”

Not Today, But Very Soon

As for the exact time frame of when this study might begin for their athletes, Novitsky told ESPN that it’s still not set in stone. But the UFC definitely wants to try it!

“Unfortunately, it’s not something that happens overnight. But Dana has basically instructed me: Hey, I want this looked into. Bring me some potential avenues we can be involved [in].”

As of January 2021, in an impressive show of out-of-touch-ness, the US government still classifies psilocybin and other psychedelics as Schedule I drugs, claiming “no medical use” and a “high potential for abuse” .

Thankfully, when big universities such as Johns Hopkins prove the benefits of an “illicit” drug, there’s a much higher chance of it getting decriminalized in a US state. Just ask Oregon, for example. Will it be the same for the sports world, though?

PTSD In The Sports World

This interest didn’t just come out of thin air. In 2019, former UFC flyweight contender Ian McCall began to research the benefits of psilocybin for athletes. McCall even chimed in with a study at Johns Hopkins and eventually talked about the wonders of psilocybin with the UFC.

As revealed by McCall on ESPN last year:

“Your trauma is stored in your tissue, so you’re actually giving and receiving PTSD while you’re in there, and that’s a big reason why I work in psychedelics, to try and fix those exact things.

“We need to take care of these athletes a little better, just like we need to do with vets.”

He is, of course, referring to veteran fighters, whose battles in the arena exact a toll on both body and mind. Sadly, prize fighters often keep issues such as memory loss, addiction, depression and PTSD in private, to avoid “breaking the illusion” with the fanbase. Coz they’re supposed to be indestructible heroes, right?

McCall once told Forbes in a phone call:

“There was a lot of brain damage, a lot of trauma that had happened to me. I was so broken, and it got to the point where I wanted to kill myself.”

Similar to other contact sports such as boxing, wrestling, or football, a UFC match can result in a bloody nose, several bruises (if you’re lucky), a concussion, or a heady mixture of the three.

CTE is a degenerative brain disease that only occurs in athletes who play American football (like the NFL) or in MMA fighters (like the UFC). It’s a result of repetitive brain trauma, where one severely hits their head on a hard surface over a long period of time.

Such is the case with Spencer Fisher, a former UFC fighter who helped popularize MMA in its early days. He was recently declared “permanently disabled and unable to work” due to lesions in his brain, according to an interview with MMA Fighting.

“That’s my biggest fear is getting put in a home, and not knowing the difference between someone coming to see me and not. I know it’s a reality that eventually, it’s going to come for me. I just don’t know when.”

“My kids, I’ve had instances where I couldn’t think of their names on the spot. My balance is shot. I have a hard time remembering what I did yesterday. Last week is a complete blur.”

Fisher now depends on medications like Memantine and Cariprazine to help him fight CTE for another day. But could this heartbreaking reality have been avoided? The UFC — with their double whammy of brain trauma researches at Lou Ruvo and Johns Hopkins — sure hopes to try.

“He’s not the first and he’s definitely not gonna be the last. This is a contact sport. Anyone [who] has ever done this [when they were] younger – myself included – is dealing with brain issues,” White said.

Hopefully, the UFC’s part in the brain health study (and the new psilocybin-based research with John Hopkins) ends up helping fighters with brain issues, both physical & psychological, for good.

It may be a bit too late for MMA’s first champions… but with the help of psychedelics, the current ones may just keep on fighting.

So once again psilocybin is stepping into a new arena — can it win again?