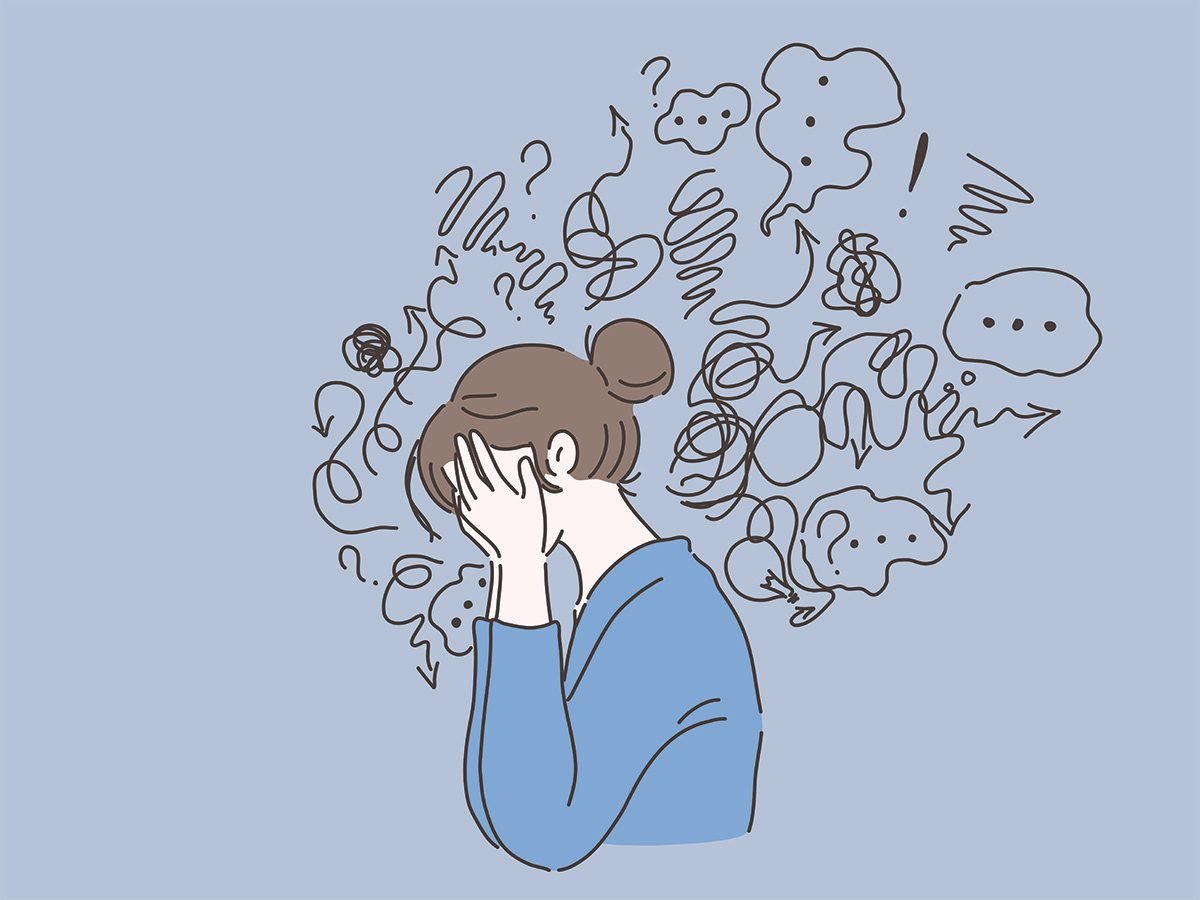 A lot of people are getting to know about the potential benefits of magic mushrooms for anxiety.  Research has suggested that these psychedelic fungi could alleviate symptom severity and enhance mental well-being with minimal side effects. Anecdotal reports as well promote micro-dosing mushrooms to improve energy, focus, and creativity although making stress easier to handle. Thus, is there any science backing these claims, or are they only good to be true? Let’s back a bit into history.

In the 1960s and early 70s, some researchers in the like of Harvard’s Timothy Leary zealously advocated studying magic mushrooms (initially known as psilocybin mushrooms) and advertised their potential benefits for psychiatry. It appeared that controlled experiments with mushrooms and other psychedelics would go into the scientific mainstream for a little moment.

Then, the whole thing changed. A backlash against the drug culture of the 1960s and Leary, who was arrested for possessing the drug, made research almost impossible. The federal government criminalized mushrooms, and research ground to linger for more than 30 years.

Recently, over the years, the pendulum has swung back in the opposite direction. New research into the mind-altering chemical psilocybin specifically – the hallucinogenic component in magic mushrooms-has shown that carefully controlled low doses might be a potent way of treating people suffering from clinical depression anxiety.

Anxiety is simply the natural response of your body to stress. It can also be described as a feeling of feat or awareness of what is to come. You can relate that the first day at school, giving a speech, or going to a job interview may make many people feel nervous or fearful. If your feelings of anxiety are too much, last longer than six months, and are getting involved with your life, you may have an anxiety disorder.

What are Anxiety Disorders?

Generally, it is normal to be anxious about moving to a new place, taking a test, or starting a new school or a job. This kind of anxiety is not pleasant, but it may encourage you to work harder and get the job done better. Ordinary anxiety is a feeling that only comes and goes easily but does not get involved with your daily life. In terms of an anxiety disorder, you may remain with the feeling of fear all the time. It is extreme and sometimes debilitating. This kind of anxiety may prevent you from doing the things you like. It may stop you from crossing the street, leaving your house, or even entering an elevator in extreme cases. If it is left untreated, the anxiety will get worsened.

Anxiety disorders are one of the commonest forms of emotional disorder and affect anyone at any given age. It is said that women tend to be diagnosed with an anxiety disorder than men (according to the American Psychiatric Association).

Anxiety is a major part of many different disorders including;

Experience of repetitive panic attacks at times unexpected. People with panic disorder may stay in fear of the next panic attack.

It is the extreme fear of a particular object, activity, or situation.

It is the repetitive irritational thoughts that make you perform particular, repeated behaviours.

It is the fear of being away from loved ones or home.

It is anxiety following a traumatic event.

The Symptoms of Anxiety

The feeling of anxiety differs depending on the individual experiencing it. Feelings can vary from racing heart to butterflies in your belly. You might feel out of control, seeming like there is a disconnection between your body and mind. Other forms of individuals experience anxiety include panic attacks, nightmares, and painful memories or thoughts they can’t control. Sometimes, you may have a general feeling of fear and worry, or rather you may fear a particular event or place.

The symptoms of general anxiety include:

Your anxiety symptoms might be entirely different from that of someone. That is why it is pertinent to know all the ways anxiety can show itself.

Researchers are uncertain of the specific cause of anxiety. But, it is possibly a combination of factors playing a role. These include environmental and genetic factors, and also brain chemistry. Also, researchers believe that the portions of the brain responsible for controlling fear may be impacted. Currently, research of anxiety is taking a deeper glance at the brain’s portions that are involved with anxiety.

The Role of Magic Mushroom in Anxiety

Before we look at the role of magic mushroom in anxiety, let’s see what these “magic mushrooms” really are. Magic mushrooms are wild or cultivated mushrooms containing psilocybin, a naturally-occurring psychoactive and hallucinogenic compound. You might want to ask what is this “psilocybin”? According to the Substance Abuse and Mental Health Services Administrations, psilocybin is considered one of the most popular psychedelics. Psilocybin is grouped as a Schedule I drug, implying that it has a high tendency for misuse and has no accepted medical use in treatment in the US. Psilocybin is the main psychedelic component of magic mushroom and has revealed to be effective at treating addiction and depression. Also, research is revealing that psilocybin can aid in reducing anxiety in moderate doses.

Research into psychedelics ended in the 1970s with their inclusion in the Controlled Substances Act. Thus, a few human studies began wondering whether magic mushrooms can help in anxiety, migraines, depression, or any other conditions. Nevertheless, the limited clinical study that is available is promising enough.

A 2017 review published for the Mental Health Clinician incorporated studies into psilocybin for anxiety, depression, addiction, and OCD. The results were mainly positive, while the studies themselves were little, requiring further research.

A 2017 article published in Harm Reduction Journal discovered that psychedelics could ease and reduce the frequency of migraines and cluster headaches. The findings are important since these debilitating conditions are mostly resistant to conventional treatments, leading to desperation among people that suffer from them.

How Does it Act?

Magic mushrooms consist of a substance known as psilocybin. Thus, in moderate to high doses, psilocybin causes psychedelic effects, such as altered sensory perception, heightened emotions, and visual distortion. It seems to produce anti-anxiety and antidepressant effects that can stay for some time after ingestion. Psilocybin produces these effects due to its similarity in molecular structure to serotonin. This neurotransmitter has several important functions in the body, such as regulating stress response and mood. There are so many cell receptors in the serotonin system, and psilocybin tends to bind with three of these receptors. It mainly affects 5HT2A receptors but as well as influences 5HT1A and 5HT2C receptors.

Interestingly, the other two seem to regulate anxiety-like behaviour, at least partially explaining the anti-anxiety effects of psilocybin. Furthermore, it also appears that magic mushrooms could assist anxiety by improving neuroplasticity. This term explains the brain’s ability to alter the structure and function of neurons (nerve cells).

Magic mushrooms are known to be some of the safest recreational drugs based on reported emergency medical treatment rates. Magic Mushrooms are safer than tobacco, alcohol, MDMA, cannabis, and cocaine. Possible side effects of magic mushroom may include vomiting, nausea, lack of coordination, heightened blood pressure, and drowsiness. Toxicity is extremely low, making it quite impossible to overdose on magic mushrooms (an average person would need to eat many pounds to approach fatal toxicity)—the greatest potential for danger results from people who choose their magic mushrooms and make wrong identifications. Although interactions with other drugs are poorly studied, magic mushrooms use in combination with antidepressants (MAOIs, SSRIs, and tricyclics have been suggested to increase or reduce psychedelic effects, making magic mushrooms unpredictable) or, antiretrovirals, St. John’s Wort should be avoided.

Also, psychological effects are possible, therefore making the use of magic mushrooms inadvisable for any person with a family history of psychotic issues like schizophrenia. In similarity to cannabis, which is used at higher rates by people with schizophrenia, the relationship between magic mushrooms and mental disorder is poorly understood.

Early research suggested that magic mushrooms could have potential in alleviating some anxiety symptoms. Nevertheless, we still have more to learn. Since magic mushrooms are likely to amplify emotions, it is advisable to use them under thorough supervision with professional support if necessary. This is specifically essential for any individual suffering from schizophrenia, psychosis, or severe anxiety. We would advise you to undergo a psychological assessment before using magic mushrooms for anxiety, and then continue if it’s safe and legal to do so. Kindly contact us at Spore Society if you have any questions about magic mushrooms for anxiety. We will love to hear from you soon!